Public Alpha 16 is here, and with it come some HUGE changes to the core mechanics of FARA. Combat and dying have been overhauled, and many other facets have been adjusted with the goals of encouraging exploration and smoothing game progression. I want to give a special thanks to the volunteers in our awesome Discord community for testing these changes over the last month. FARA is so much better because of your thoughtful feedback and gigantic brains. The notes presented below are but a fraction of what this update has to offer. FARA is a game about exploration after all, so I encourage you to start a new adventure and discover all the new goodies for yourself!

This update adds a little more flair to the concept of permadeath with the introduction of the Blight mechanic. Instead of immediately perishing when dealt a killing blow, you now have the option to be resurrected with a permanent difficulty modifier. These modifiers, or blights, range from stat reductions to increased encounter rate. You have the option to accept a blight every time you die, but the chances of successfully resurrecting are lowered based on the number of blights you have.

As FARA grows in scope and presents new long-term progression options for players, the idea of permadeath as it existed seemed harsh and out of place. With the blight system, players should feel more empowered to explore and grow with the same character without the threat of their first mistake completely wiping out all of the time and resources they've invested in their worlds.

- Variable speeds for most combat actions have been removed, making combat feel more turn-based. For every action you perform, all other combatants will also perform a single action.

- Added a /dash action. Dashing allows entities to move across multiple tiles in a single moment at the cost of stamina. Max dash distance is determined, among other factors, by Finesse. Dashing can also be performed by holding Shift and using the arrow keys. Releasing the Shift key will perform the dash.

- Swapping two held items is now a free action which does not use a turn.

- Weapon size no longer plays a role in damage output or speed.

- Heavy attack stamina usage is now determined by the wielder's proficiency in the weapon's 'needed' stat.

- Reduced the duration of most effects, buffs, and debuffs by ~75%. Because of the changes to action speed, effects still expire at roughly the same point in a combat encounter.

- Most common damage-over-time effects now tick every moment instead of every ~5. Because of the duration reductions, they still deal about the same amount of total damage.

- Reduced encounter chance when moving on the world map

- Common enemies now have a chance to drop crafting resources

- Increased starting inventory size from 20 to 25

- Simplified the crafting requirements of many weapons and tools

- Illusionist: Removed Blink spell and replaced it with Prestige, an ability which allows the caster and target to switch places

- Added 2 new interface layout options which can be enabled with /layout2 (also known as /bigmap) and /layout3. They can be particularly helpful for those who wish the minimap was larger: 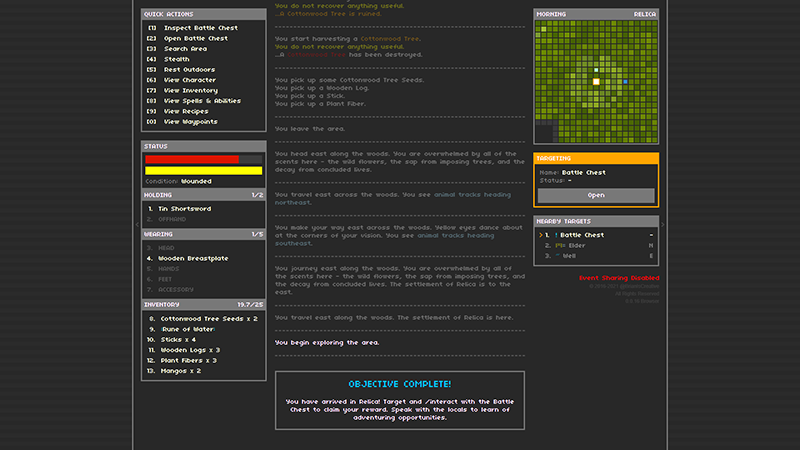 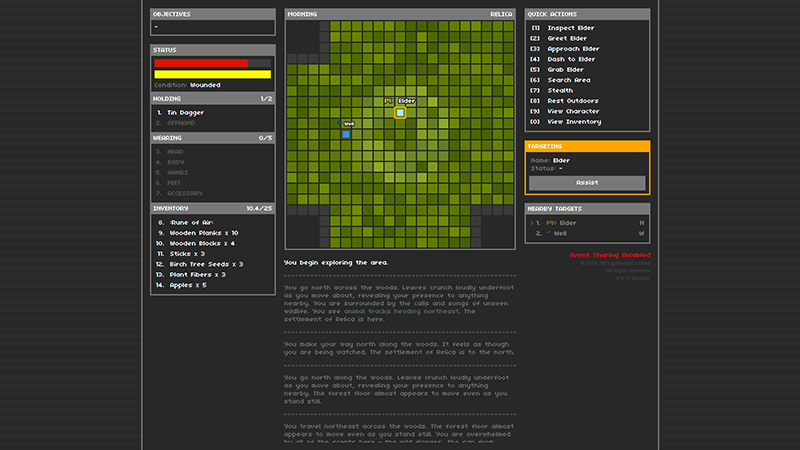 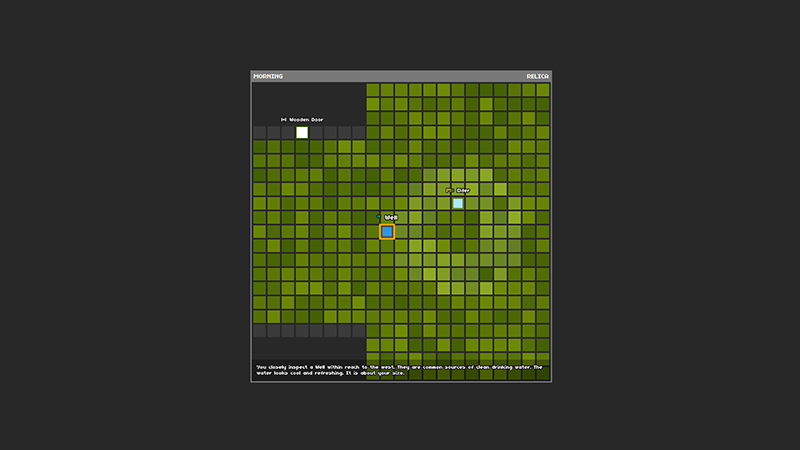 - Made some substantial engine optimizations. The game should run much, much better in crowded environments.

- Mouseover tooltips can now be disabled with /tooltips.

- Autoloot is now enabled by default. If you've played FARA before, you might need to manually turn this setting on with /autoloot, or via the /settings menu.

- FINALLY updated some of the outdated information under /help and /define

- Fixed a crash caused by /define

- Fixed all sorts of typos

As is the case with every update regardless of size, starting up a new adventure is strongly recommended over trying to load an older save. In this case, trying to load anything older than 0.0.16 won't even work.

Good luck out there, travelers!

A browser roguelike with over 60 classes and endless adventure